Education Is The Great Equalizer That Would Effectively Close The Wealth Gap. In My Article -And Subsequent Blog Post- I Argued How The Jim Crow Era Has Contributed To The Wealth Gap Through Its Racist And Discriminatory Policies From Housing, Access To Loans, Voting Rights, And Jobs. 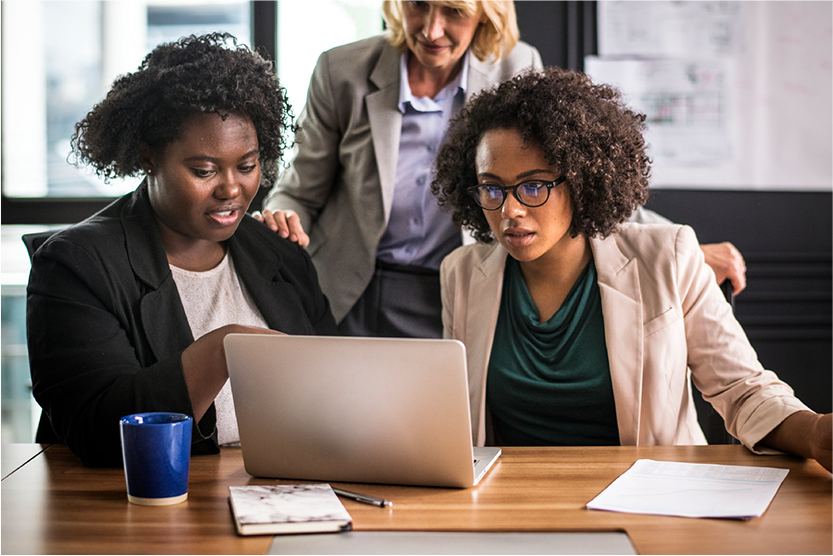 One of the points that I raised in my initial blog post about financial literacy being essential for wealth creation among African Americans, is that for many years brokerage firms were less likely to hire African-Americans as Stock Brokers. This resulted in fewer people from within the African-American community who were either qualified or able to bring the knowledge of “Wall Street” back to the communities where African-Americans were raised. Since publishing this blog post entitled, “Financial Literacy: Key to Creating and Sustaining Wealth for African Americans,” I have read numerous studies about the socio-economic impact of racism in America, including the disparities in wealth resulting from Slavery and Jim Crow.

As a result, my understanding of the cause of the wealth gap has become clearer. I was wrong. Financial literacy is immensely important, but it will not reverse the damage done by more than 90 years of Jim Crow discrimination and 246 years of slavery; while also effectively closing the wealth gap. Financial literacy can help someone to achieve better personal stewardship. It could lead to accumulating wealth on an individual level, but it will not equalize the disparity in wealth between White and Black Americans. Public policy can be a lot more useful in closing the wealth gap than financial literacy.

I became convinced in the potential of public policy to improve the economic status of African-Americans while working on my Master’s Degree in Commercial Real Estate Finance at Georgetown University. That is where I researched topics such as state and federal housing policy that was negatively influenced by racism and discrimination, e.g., the former practices and procedures used by the Federal Housing Administration called “Redlining.” There are numerous books written on this subject, such as Richard Rothstein’s “The Color of Law: A Forgotten History of How Our Government Segregated America.”

Lastly, I can attribute my enlightenment to an article written in The Atlantic by my fellow Howard University alum, Ta-Nehisi Coates entitled, “The Case for Reparations.” For which, he was invited to testify before Congress on the day of Juneteenth 2019 in a House Hearing on H.R. 40 about Reparations.  Watch his opening testimony.

From 2007 – 2019, the median wealth for all racial groups in the U.S. declined approximately 30%. For African American and Hispanic families’, wealth declined an additional 20% from 2010 to 2013; meanwhile, White families’ wealth was essentially unchanged, and the wealth of all other races fell a more modest 10%. Even though the median wealth for all racial groups rose after 2013, the typical Black family has yet to recover to their pre-2008 levels of economic wealth.

The racial wealth gap will be fixed through the enduring work of political advocacy. In 2018, the Samuel DuBois Cook Center on Social Equity published a study entitled, “What We Get Wrong About Closing the Racial Wealth Gap,” written by William Darity Jr., Darrick Hamilton, Mark Paul, Alan Aja, Anne Price, Antonio Moore, and Caterina Chiopris. They wrote,

“We challenge the conventional set of claims that are made about the racial wealth gap in the United States. We contend that the cause of the gap must be found in the structural characteristics of the American economy, heavily infused at every point with both an inheritance of racism and the ongoing authority of white supremacy. Blacks cannot close the racial wealth gap by changing their individual behavior –i.e., by assuming more “personal responsibility” or acquiring the portfolio management insights associated with “financial literacy” – if the structural sources of racial inequality remain unchanged. There are no actions that black Americans can take unilaterally that will have much of an effect on reducing the racial wealth gap. For the gap to be closed, America must undergo a vast social transformation produced by the adoption of bold national policies, policies that will forge a way forward by addressing, finally, the long-standing consequences of slavery, the Jim Crow years that followed, and ongoing racism and discrimination that exist in our society today.”

closing the racial wealth gap is a public policy issue

It will take a good public policy to close the wealth gap; after all, it was a bad public policy that created it. Reparations are probably the most controversial topic to be debated on Capitol Hill. It is the one issue that many people believe has the potential to divide America further, and they’re probably right. Despite the countless articles, periodicals, books, and studies written in support of Reparations, the simple fact is many White Americans are turned off by the idea of their tax dollars being used to pay descendants of enslaved Africans, for slavery and nearly a century of Jim Crow racism.

Public policy was the culprit, and therefore it must also be the solution. Furthermore, a 2019 study by McKinsey revealed that closing the racial wealth gap results in $1.5 trillion in incremental GDP to the economy, or by 4% to 6% if closed by 2028. A CNBC article dated September 24, 2020, referenced a study by Citi stating:

what impacts wealth across races

The Board of Governors of the Federal Reserve System has examined the policies that impacted “Black Wealth” since Reconstruction. What they have found – which is addressed in their study entitled, “Disparities in Wealth by Race and Ethnicity in the 2019 Survey of Consumer Finances”- are five areas that wealth is impacted across races:

everyone should share the burden of advocating for closing the racial wealth gap because, according to the 2019 study by mckinsey, it impacts the u.s. economy. furthermore, there is a moral imperative for closing the wealth gap. the insidious effects of racism and discrimination are that it will eventually catch up with either those who are sponsors of it or their progeny. 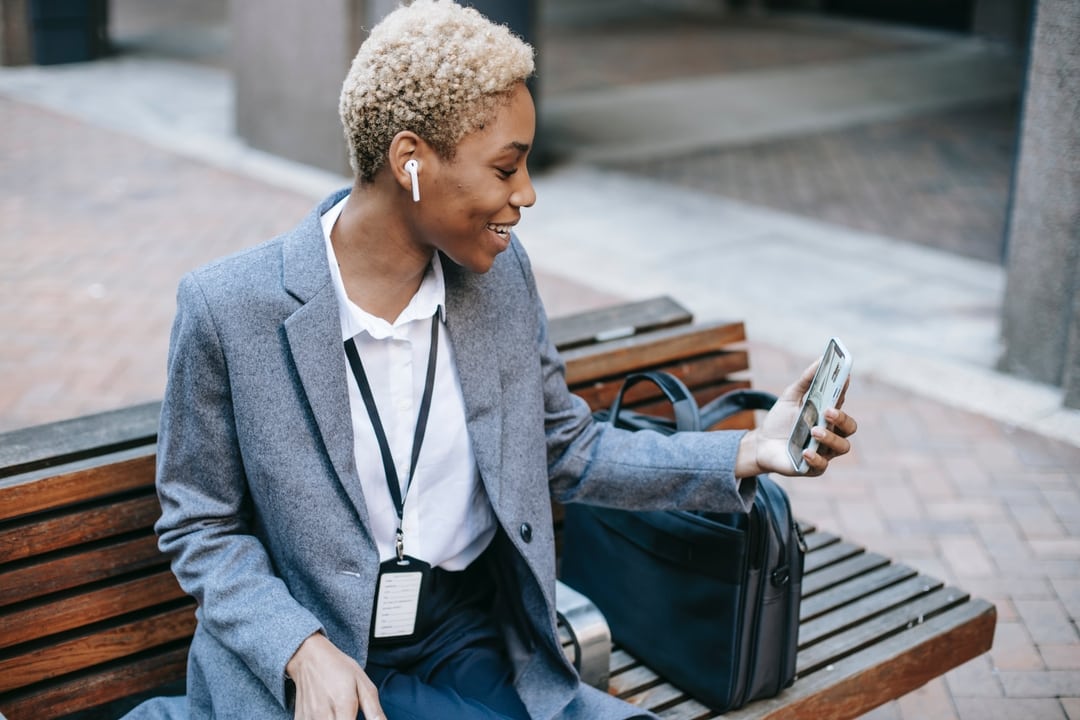 Year After Year Millions Of Americans Make New Year’s Resolutions, But Why Wait Until The New Year To Begin Practicing Healthy Personal Financial Habits? Here Are Four Ways To Improve Your Financial Well-Being. 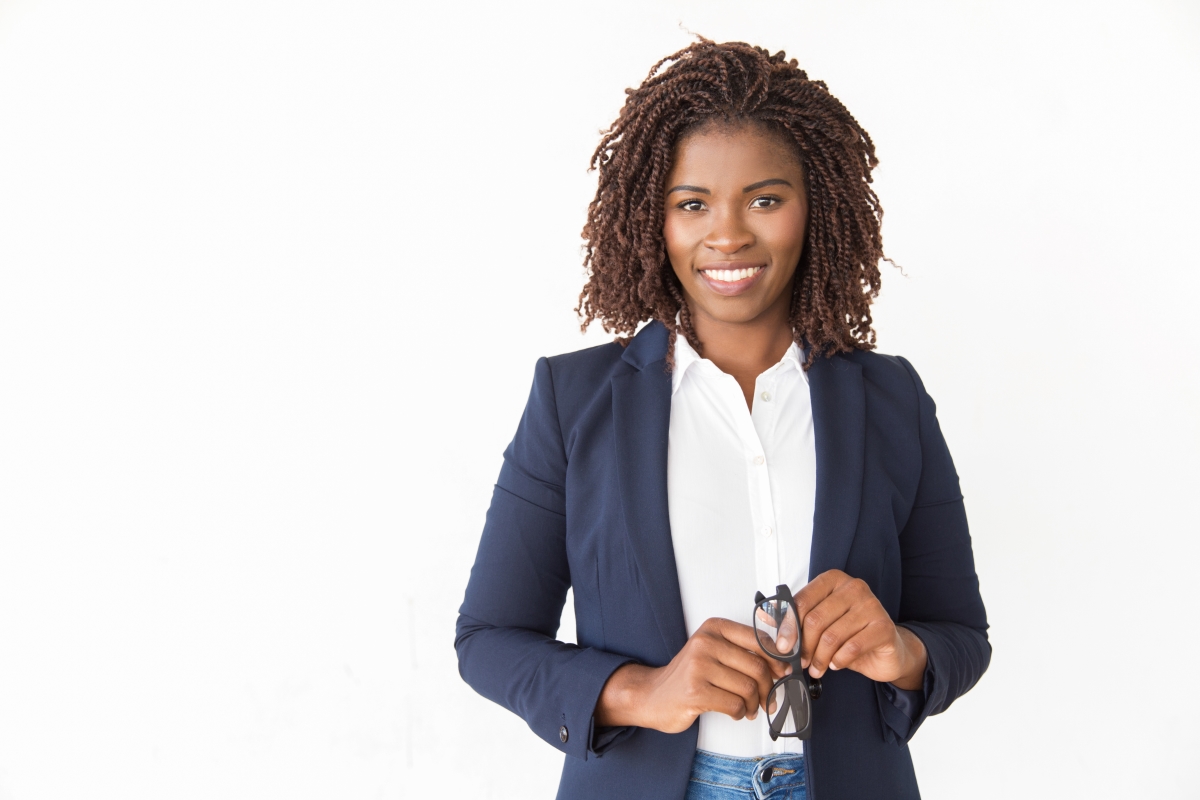 If You’re Like Most People, You Could Probably Use Professional Advice With Managing Portfolio Risk And Tolerance, As Well As Learning How To Evaluate Your Portfolio In Terms Of Its Return Potential. 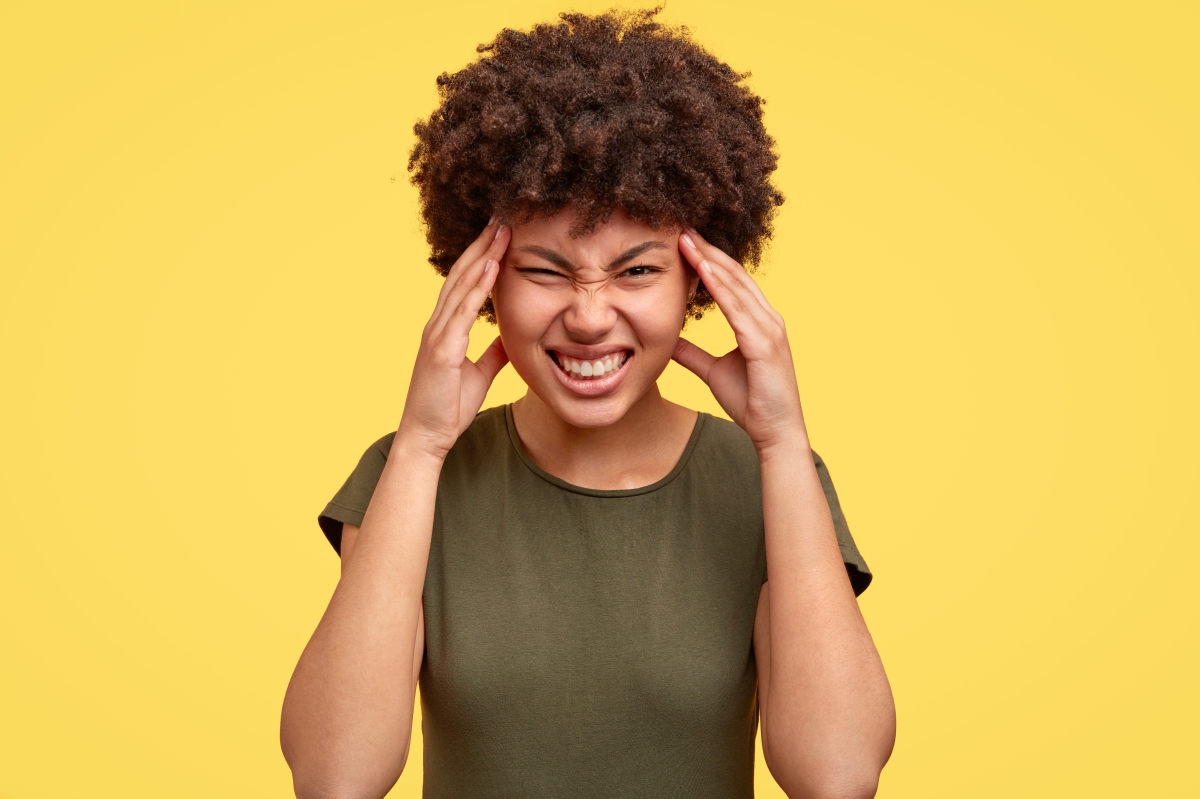 While the increase in college enrollment for African-Americans over the past decade is impressive, having to rely on student loans to attend college presents a challenge for African-American students because they historically have had to borrow more money than their white, Asian and Hispanic peers to complete college. The recent doubling of interest rates on student loans needed to finance undergraduate and graduate school could slow the enrollment and the graduation rates of African-American students, which will have a long-term effect on the black community. 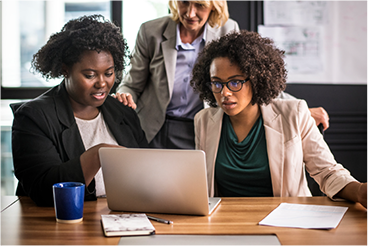 This is some text inside of a div block.

by
This is some text inside of a div block.

Thank you! Your submission has been received!
Oops! Something went wrong while submitting the form. 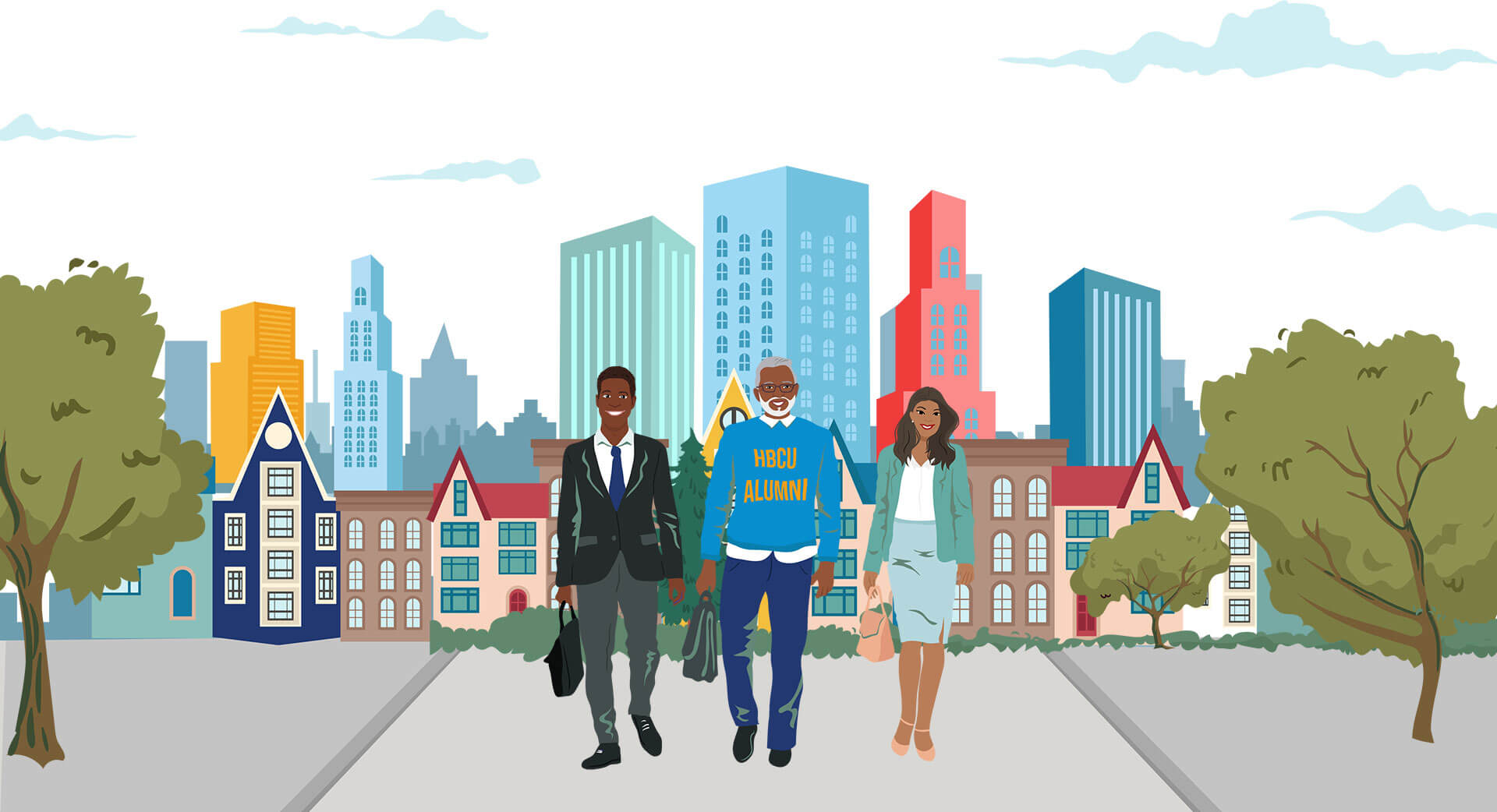